Drug Interactions-Learn to Be Your Own Advocate 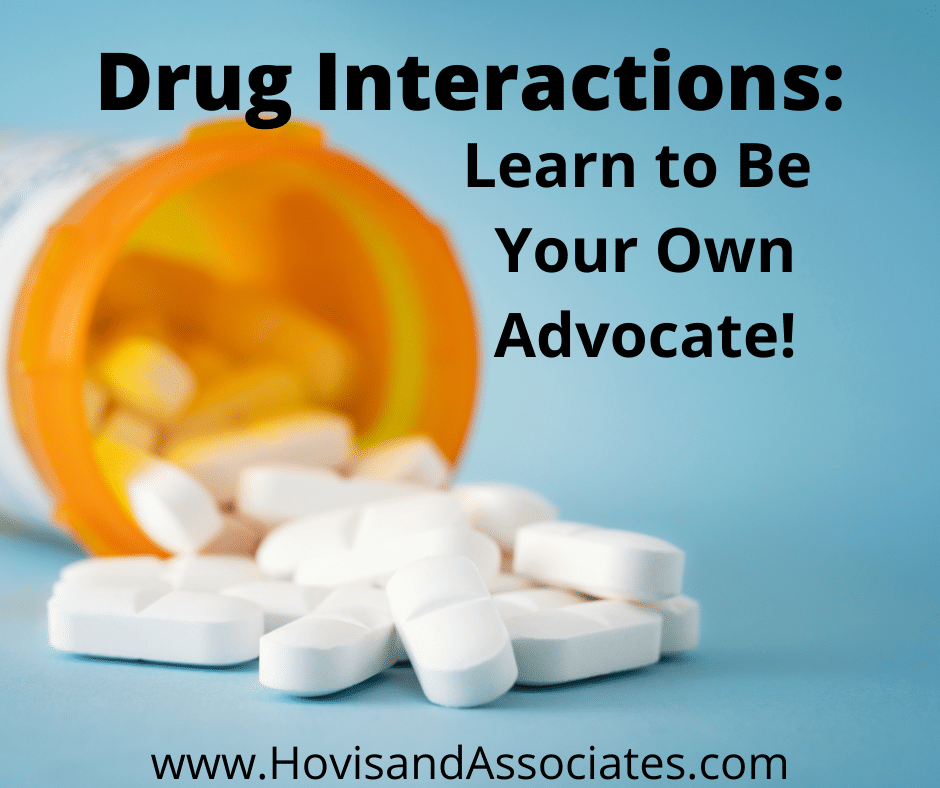 An educated patient is an empowered patient. Research shows that the average older adult takes four or more prescription drugs each day, but a whopping 39 percent of seniors take five or more prescriptions each day, according to AgingCare.com.  During the past few years, I have run a few pharmacological reviews for family members and friends.  It was alarming to see the number of serious drug interactions.

Four years ago, my mother-in-law had just been released from the hospital where she was put on two drugs that both had FDA black box warnings for her condition.  According to DrugWatch.com, black box warnings alert the public and health care providers to serious side effects, such as injury or death. This is the most stringent warning for drugs on the market.  We approached her Primary Care Physician (PCP) with our concerns and evidence, and he removed those prescriptions from her daily regimen immediately.  She had a very positive response to this change.

Four months ago, and the impetus for this blog, another family member returned from an extended stay at the hospital.  We went through the normal routine of gathering the new prescriptions and organizing his medications so he could be compliant.  After many years of studying medications, I knew something did not look right.  I stumbled upon a website when I went about my normal routine of looking up each medicine’s contraindications.  According to WebMD’s drug interaction checker, this person had 18 drug interactions; one drug combination that should never be used together, three serious drug interactions, ten interactions that should be monitored closely, and four minor interactions.  What?  How can this be safe?  Again, my husband and I approached his PCP.  He agreed to remove three medications which eliminated a total of 8 drug interactions including the four most serious and four that should be closely monitored. We felt much more comfortable with this new pharmaceutical cocktail.

We understand that humans make mistakes, yet this is a huge reason to always advocate for your own health and for a loved one.  At Hovis & Associates, we believe that your health plus your wealth equal your best retirement.  However, you can’t enjoy wealth if you aren’t in good health. We hope that this information makes a difference in your life.  Be well.